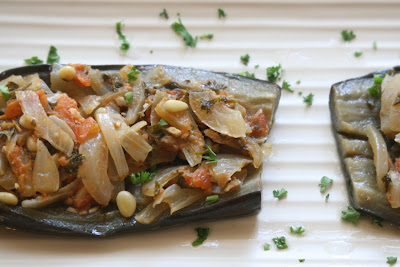 My curiosity about health really began while I lived in New Mexico. Now, New Mexico is not a state known for their vegetarian cuisine. Not that you can't get a decent vegetarian meal there. You can. But what that state thrives on is chili and meat. In the winter, the chili and meat keeps you warm with all those flavorful calories you're burning. In the summer, the chili cools you off by making you sweat while you're chewing on your carnitas. But for some reason, I was drawn towards the notion that diet and health were related. (An idea I would now put in the "DUH" pile.) I began my journey with an experiment in macrobiotics.

Well, let's put it this way: with Toni's version of macrobiotics. In those days, you were supposed to have 7 days of nothing but brown rice to start with, to "cleanse" yourself. I decided that I would die of boredom before the 7 days were up, so I jumped into the second week's fare immediately.

I did OK with it, and learned something about food combining in order to eat complete proteins. But eventually I loosened up a little, when I noticed that it was no longer easy (or sometimes not even possible) to eat with my friends. No one else I knew was even remotely interested in this kind of thing. And eating is, if nothing else, a social act.

So now I would consider myself to be an omnivore, once again. I tend not to eat a great deal of red meat, but I haven't banned it completely from my diet. Basically, though, my animal protein comes from chicken, fish, eggs, and cheese.

And then I went to India, where every restaurant offers both vegetarian and non-vegetarian meals. We found ourselves eating quite a few vegetarian meals (and drinking almost no alchohol), and finding ourselves quite satisfied. So I came back with a desire to once again incorporate this kind of eating into my life. I'm not really looking for sainthood, here. I'm just experimenting with the idea of balance. Sometimes meat and wine, sometimes vegetarian fare and water. It's all good.

Now, as much as I love Indian food, I have not wanted to make it since I came back. It's about variety. So once again, I turned to my cookbook "A Book Of Middle Eastern Food" by Claudia Roden and found 2 recipes that interested me. Today's post will be about her stuffed eggplant dish called "Imam Bayildi", or "The Imam Fainted". I figured if this dish was so good that it caused the Imam to faint, I'd give it a try. Though I didn't faint, I definitely enjoyed it, and will be making it again for sure.

She gives 4 different methods of preparing the eggplant for stuffing. I chose the 4th method, as it seemed like the easiest to me:

Cut the eggplants in half, lengthwise. They may be peeled or not, as you prefer. (I didn't peel mine.)
Scoop out the centers.
Sprinkle the hollowed-out vegetables with salt, and leave to drain for at least 1/2 hour. Then rinse with cold water and pat dry.
Fill each hollowed-out half with filling and proceed according to the recipe.

Filling: (I used only one eggplant, and so I dramatically cut down on the ingredients here)

Slice the onions thinly. Soften them gently in olive oil, but do not let them color. Add garlic and stir for a minute or two until aromatic. Remove from the heat and stir in parsley and tomatoes. Season to taste with salt, and mix well.

(I added some pine nuts, because I had them and thought they'd be good.)

This is a Turkish specialty.

Prepare the eggplants as described above. Stuff them with the filling. Arrange the eggplants side by side in a large pan. Pour over them the oil and enough water to cover (she says about 1/2 C, but I needed a little more). mixed with a little sugar, salt to taste, and the lemon juice.
Cover pan and simmer gently until the eggplants are very soft, about 1 hour. Remove from the heat and allow to cool. Turn out onto a serving dish. Serve cold.

For health news, visit Mission Valley Acupuncture
For a place to share what you've learned about vitamins, herbs, or other natural remedies, visit Second Opinion
Posted by Toni at 10:21 PM

Toni, with food like that I bet all you see is loads of smiles across the table - it looks scrumptious!

Hi Toni,
I agree with Patricia, the eggplant sounds wonderful with all these tasty fillings!
I wouldn't mind having a bite;)

Patricia - I served this for lunch yesterday, and yes, there were smiles all around!

Valentina - C'mon over and have a bite!)

Looks wonderfully tasty! I am a huge fan of eggplant. (I'm smiling...can you see? hee hee)

Chris - It WAS tasty! Smile all you want - just don't faint and land in the eggplant!! ;-)

Hi Toni! Welcome back. I just finished your post--it sounds like your trip was fabulous. To see the Ganges River in person must be awesome, in the truest sense of the word.

This vegetarian is loving your stuffed eggplant too!

I love eggplant (or, as we call it, Aubergine), the fillings sound delicious!

Hi Susan - Yes, it was awesome in the truest sense of the word. I haven't given up on all animal protein, but I've lightened up a LOT and feeling good!!

Freya and Paul - Yes, aubergine is what they called it in Vietnam, too. Can't get enough!

It does look good, and I would love it, but I know my husband would not even try it. Now that's the subject of another post...