Oh dear.......I've been tagged again. Actually, I was tagged a while ago by my friends up in Costa Mesa known as the White On Rice Couple. I'm finally giving in and posting this. Why do I find these thing so difficult to do? I don't know. I guess I'm not sure what to say about myself. I can talk for hours about Chinese Medicine. (I used to teach herbs and Oriental Medical Theory at the Pacific College of Oriental Medicine in San Diego.) But talk about me? Hmmm....That's different. Especially this time, because it's supposed to involve photos, and I think that the things about me I'd rather talk about don't photograph, because they aren't "things", per se. Like the fact that I love to travel. 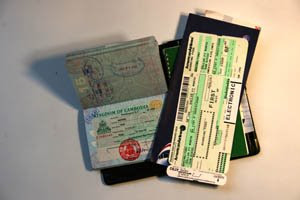 In fact, it's more than just "like to travel." It's more like genetically programmed to travel. I don't think they've found the gene for this one yet, but I'm sure it's there. My whole family is like this. We travel. And not just to another state to visit the family, though we do that too. It's more like getting a call from a brother asking "Wanna go to Vietnam?" "Actually, I hadn't thought of it, but now that you mention it.....why, yes, of course I'd love to go!" My parents were like this, and we've all grown into adults with the same necessity to see our world. My 2 brothers have been on all seven continents. I've only been to north, south and central America, Europe and Asia. I haven't yet made it to Africa or Australia, and missed a golden opportunity to go to Antarctica for cheap. Oh well....

Another thing I have a need to do is read. I've usually got 2 books going at once, as well as my subscription to The New Yorker. These are the last 2 books I read, and I keep dipping back into "Eat, Pray, Love", because I loved it so much. 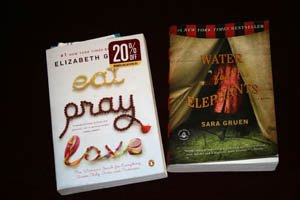 I also meditate twice a day. I sit for about 20-30 minutes in the morning, and then in the evenings I listen to these Holosync CDs. They're supposed to help your brain grow new neural pathways between the right and left hemispheres, as well as produce alpha, theta and delta brainwaves. I can't say that I understand that part, but it sounded appealing to me, so I went for it. Initially I got insomnia because I was just exploding with creative ideas. Now I can sleep at night. I have no idea what my brain waves are, but that's OK as long as I can sleep! 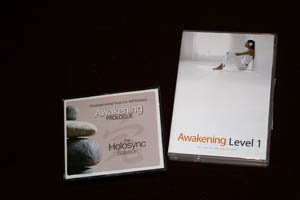 Then, of course, there's journaling. I'm not consistent with it, but I'll write as often as I'm motivated to..... 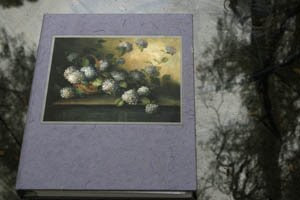 And last, but not least, there's the piano. When I was a kid, I had piano lessons. I'm not sure my mom planned the timing of them very well, because I took them for a while and then dropped them. Hormones kicked in, I guess, and the piano didn't seem particularly interesting anymore. But at this point in life, I've found a renewed interest in noodling around on this instrument. I'm positively autistic when it comes to reading music, but I have a good ear. So the trick for me is to memorize a piece. Once I've got it memorized, I can attempt to play it. Until then, it's a struggle finding each and every note. Funny how my fingers have their own memory. Re-learning Fur Elise, for instance, wasn't very difficult. My fingers remembered it fairly well. But learning something new? It takes months! 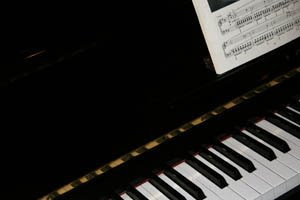 Oh well. The only one who gets to suffer through that is my cat, Boo.... 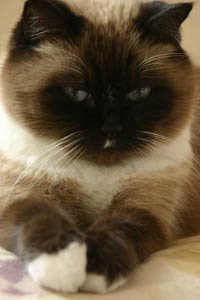 Now do you see why I'm not much good at these memes? Anyway, here's the other part I hesitate to do, because I'm not sure how others view being tagged. But Since I'm obligated, I hereby tag the following 5 people:

1. Jaden over at Steamy Kitchen is beyond amazing. I don't know how she does it. She's a wife, a mom, a cooking teacher with a TV show and has a blog that makes me drool. Not only are her dishes to die for, but her writing makes me crack up!
2. Kevin, at Closet Cooking in Toronto posts on everything from sandwiches to kimchi, and makes my mouth water for each and every dish!
3. Coco over at Coco Cooks does everything from baking bread to dishing up tamales. And this on top of having a very busy work schedule!
4. One of my favorite people in the blogosphere, Mimi at French Kitchen in America, has a way of making you feel like you've been invited to sit down in her kitchen and share a meal, a glass of wine, and have a conversation with an old friend.
5. And lastly, but hardly least, I'm tagging Heather over at Gild the Voodoolily, because I just love her writing. She declares that she is zealously overcompensating for her white trash roots, but her sense of humor makes it obvious that there's nothing to compensate for!

Here are the rules:

I wish you good luck in your piano playing! Stick with it.
I've always wanted to play the piano or guitar, but my brain doesn't seem to want to learn. I can't read music, either.

heavily medicated, dear. that's how i do it all!!

thanks for the tag!

Toni,
Thanks for the tag. Thos is 2 I haven't gotten around to, But I will try to soon. Great reading about you. I wish I could afford to travel more. But my CS takes me on some great trips.

Oh, you are too modest, that is one great meme you did there! Thanks, for sharing these things about yourself with us. And your cat is very cute!

Toni, you are just so talented!! I enjoyed reading your answers to the meme so much that I re-read it, well, 5 times. I'm being SERIOUS! :)

I took piano classes for 7 years and eventually was given a school certificate even. Years passed, and my relationship with my piano was over. Alas.

I've been wondering if the Chinese medicine has many things in common with Ayurveda (I'm using Ayurvedic medicines)?

Emiline -- I try. It's a struggle, but I try! I don't try very much to learn to read music, though. That's a lost cause.

Tina - Thanks for the compliment, but it truly wasn't an easy post for me.

Ayurveda has similarities and differences, but it is fantastic medicine. I experienced it a little when I went to India last year and I was very impressed.

Also - I can't seem to access your profile and therefore your blog. Please email me and give me a link to your blog - OK? Thanks!

The piano... I have to get back to mine too but looks like it might not be possible before mid-year :( Good luck with yours.

I don't know if I could get into meditating. I need to, though - get my stress level down.

Cynthia - It's not a daily thing with me, but even if I spend 10 minutes at it, I feel better!

Chris - Meditating is probably the number one best thing you can do for your health. Study after study shows this to be true. Even if it's 5 minutes of focusing on your breath, it will yield at LEAST 1 hour's worth of benefits!

Thanks for the tag!

Yesterday I sent you a short message via e-mail. I hope you got one! ;)

Today I had a bit of spare time, so I indulged myself in your blog. *smiles* Was reading it from the very first post and want to say you are doing a great job here!!! Great!!!

Kevin - Glad you could participate

Anya - Thanks so much!

I see we've got many things in commong Toni!:) Love travelling, reading, & used to play the piano! The only difference is that I don't like cats:P

What a great person you are! Although, I think Heather is kinda pissed off at cats right now.

I do want to know more about the CD you play for your evening meditation...I'm very intrigued.
I'm working on meditating more often and this looks like something that would be helpful!

Valentina - I'll keep your opinion about cats between us. Boo would look down her tiny nose at you.

Catherine - I'll send you a link.

Thanks for sharing yourself Toni! Nice to meet you more!
I read Elizabeth Gilbert's book in 2 days...it was really good!

I think you did rather well on this....
I'm the only one in my family with the travel gene...must have mutated, but I envy you having visited so many continents.. But, I'm alive so there's time!
Eat, Pray, Love has just been added to my wish list - marvelous thing, that wish list!

Great post, Toni, quite an enjoyable read. I'm big on books and the piano, too...and always am w/ cat.: ) Boo looks like a Himalayan or Ragdoll. What a cutie!