A Trip to San Juan Capistrano

I drove up to San Juan Capistrano a couple of weeks ago to do some photography. I hadn't been there in years and years. My memory of it was that it was a quaint town, and that there was a mission where the swallows returned year after year. 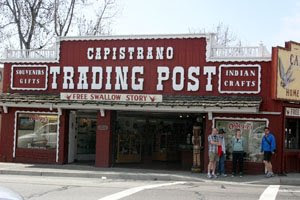 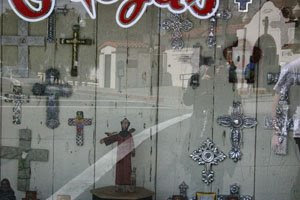 What I had forgotten - or maybe I wasn't there at the right time of the year - was how beautiful the town can be when the trees are in bloom... 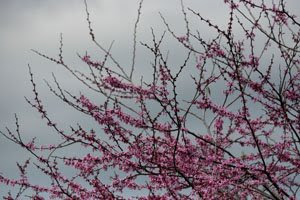 This time around, I saw it with different eyes. I began to piece together a part of California's history as I exited the Starbucks and walked across the street to the mission. The mission was built in 1776 by Spanish Catholic Franciscans, and is part of the chain of missions stretching through California. 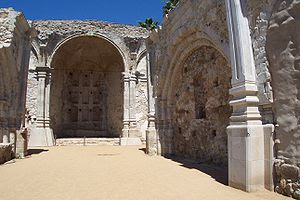 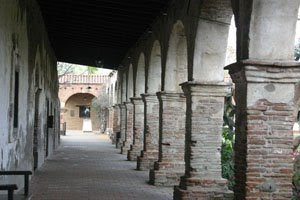 The history of this mission is similar to many such missions in the southwest: The building of a mission, the subsequent conversion of the indigenous people, the destruction of the mission and then the subsequent rebuilding. This history repeats itself over and over. I have seen it in New Mexico and it is here in California as well. What usually happens is that the mission eventually falls into disrepair and is left as ruins which become a tourist attraction. In the case of this mission, there is actually a chapel which is still in use. 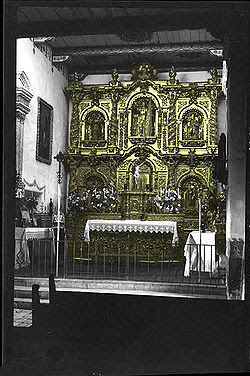 But the small entrance fee is worth it just to stroll through the grounds and duck into the restored rooms. 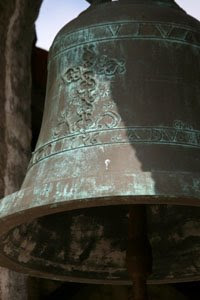 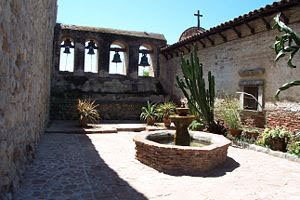 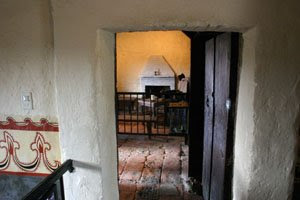 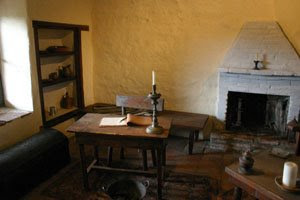 And of course, there's the wonderful fountain in the central courtyard, with it's resident fish, and exquisite leaves floating peacefully.... 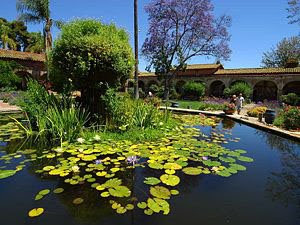 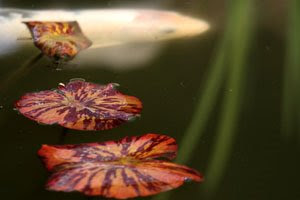 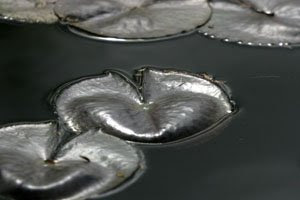 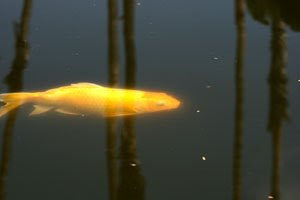 I was grateful to spend a day with the sole purpose of seeing. I needed that respite from the hectic days that speed into each other, blurred by necessities and phone calls. There in the gardens of the mission, a golden fish glides by with nothing more than the next morsel to think about. It is his inheritance, just as the freeways are mine.

Next week I will have a recipe to share. This week without my lens was given to finishing up all the "gotta-dos" on my list!
Posted by Toni at 12:26 PM

Beautiful pictures Toni, gives me a filing of peace and unharmed beauty, a state of mind I yearn for from time to time.

Monica - yes, it was peaceful!

Toni, your photos are exuding this rare feeling of tranquility and also of comfort..

Thanks, Anya! (Still love the one you took of the shadow of the cat!)

Lovely, especially the lily pad photos. When I look at that bell, I can't help but be reminded of "Vertigo." Feel like watching some Hitch now.

Susan - Forgot about "Vertigo" - Wow - Thanks! And thanks for the compliment on the photos - coming from you, I am humbled.