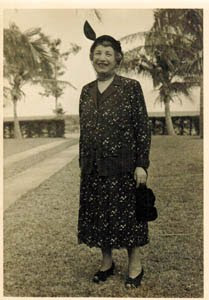 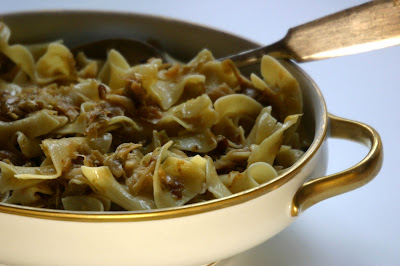 The dish, of course, was my mother's. I know she's smiling at me whenever I eat her mom's "signature" dish.
Posted by Toni at 11:55 PM

Email ThisBlogThis!Share to TwitterShare to FacebookShare to Pinterest
Labels: noodles and cabbage

That looks like such a comforting dish - similar to the feelings that spending time with family and reminiscing can conjure.

What a brave project you've taken on, Toni! I have boxes of old family photos, many so old that I don't know the people in them. Your amazing undertaking here makes me ready to seek out one of our few remaining older relatives who might recognize them, so there'll be some permanent record. By the way, your meema's noodles and cabbage sounds delicious.

Jenn - Yes, it's our family's version of "comfort food".

Terry - Either brave or insane - the jury is still out.

DEFINITELY seek out those who are old enough to remember! They are a treasure trove of information. And do yourself and future generations a favor: write on the backs of the photos you take these days, the names of the people who are in them - even if everyone knows - and the year it was taken.

I'd vote for brave and insane. Seems to me they're team mates. I've started the same here.
Love the noodles.

I can totally relate to what you are going through! I tend to connect with my loved ones , here and departed through food experiences too. This dish looks delicious and so comforting!

Joumana - Yes, I can imagine that you do. Food is so central to who we are and where we've come from.

I am still making my Mother's habacha, which is stuffed cabbage and feel the connection everytime I do. I have passed the recipe on to my nieces. You are doing a wonderful thing.

Thanks, Penny. I love the connection that food gives to families. And I've been having an amazing, emotional, and fulfilling time doing this project.

OH man. There is no greater comfort food in my book than egg noodles and cabbage. LOVE. And bravo to you for such an amazing project!!! GOOD LUCK. It'll be amazing!